I've been reading and listening to Seth Godin for quite some time now. I read his post on What Makes an Idea Viral and then went out and experienced it yesterday.

I was driving my daughter to a meeting and we were listening to the radio . . . I know, I know, radio is so 90's . . . and the DJ and sidekick were talking about Jones Soda because they had done something remarkable (worth talking about).

I was so entertained by the flavors I had to go home and tell the rest of the family about them. We'll probably have to try them.

The idea was easy to understand, rewarding to spread (helped maintain my flagging coolness factor), and easy for me to spread. Now I'm spreading it further via this blog.
Posted by Hans Christian Schmid at 10:22 AM 2 comments:

Is your favorite food killing you?

California Wants to Serve a Warning With Fries - New York Times If you don't have a log-in you can go to bugmenot.com to "borrow"one.

Apparently fries and potato chips are "packed with acrylamide", a chemical proven to cause cancer in mice and rats. Add to that the high level of trans-fats and you've got a formula for . . .a ban, no, just a warning label.

No matter how long or how healthy you live, everyone will eventually die. The papers never write about that, and it will impact 100% of their readers.
Posted by Hans Christian Schmid at 11:43 AM 5 comments:

Certain words should never be engraved on your iPod . . like Nigel.

Check out this piece over at TheRegister.com on forbidden words for iPod engraving.
Posted by Hans Christian Schmid at 3:18 PM No comments: 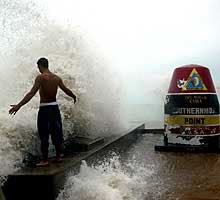 This photo was taken at the Southern-most point in the Continental US in Key West, Florida. I've been there. It was much sunnier and drier that day.

Where the object of insanity is standing, there is no fence or any other barrier keeping him from being swept out to sea. Certifiably insane!
Posted by Hans Christian Schmid at 2:14 PM No comments: 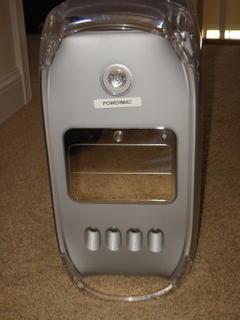 If anyone cares, I'm selling a PowerMac over at eBay. Click here to see it.

Inside joke for my 80's roomies

I found Vollenweedie, our households pet name for him, on the ITunes Music Store and you know what. All of his songs sound the same. I guess that makes him the 80's equivalent to Jack Johnson. The beauty of listening to Vollenweedie was that Geo's sister got us promotional copies of his album for free. The down side was actually listening to it. I guess if he won a few Grammy's someone must like his music.
Posted by Hans Christian Schmid at 3:15 PM No comments:

What is a skier?

Skier - One who pays an arm and a leg for the opportunity to break them.

This definition compliments of the daily
"Amazing But True Ski Stories" daily calendar 9/13/05
Posted by Hans Christian Schmid at 11:25 AM 4 comments: