I heard on WJR this morning that no testosterone doping allegation has ever held up when taken to the sports "court" that decides these matters. This could be the first one, but that's not likely.

From what I understand, the current testing for testosterone is flawed. It tends to produce falst positives and with the reduction of the tolerance is going to produce more false positives than the old standard used to.

This article was helpful:
Inferences about Testosterone
Abuse among Athletes

I cannot imagine why Floyd would dope with testosterone in these circumstances. I've read that it aids recovery, that makes sense considering what happened in stage 16, but the typical application would be for strength bulding during training, not for race day. Could he have had so much recovery benefit that he could ride away from all the others by 6.5 minutes? Also, if you do take testosterone using a patch, it leaves your system within 40 minutes to an hour so it would be gone from his system after riding for four or five hours like they did in Stage 17.

In addtion to all of this, I understand Floyd's actual testosterone level tested quite low. That it was only high in proportion to the epitestosterone level. It seems that the way they are measuring testosterone doping needs some significant improvement. At least, that's what I've read.

I'll be quite interested to see how this plays out.
Posted by Hans Christian Schmid at 7:23 AM No comments:

The reporting on Floyd's alleged doping is pretty curious. One headline read.

Gee. Is someone, ever so slightly, uninformed about male biology? Most of the stories I can find, leave me with a lot of unanswered questions and also take a guilty approach to the reporting. (There is still the second sample to test. That will happen on Monday.) I bring this up because testing regulations only consider a positive test valid if both samples test positive.

This Malcom Gladwell piece, Drugstore Athlete, I discovered via the above article, was the best explanation I could locate on doping tests and how athletes can avoid detection. Section 3 addresses testosterone specifically. This quote sums up doping pretty well.

"The bottom line is that only careless and stupid people ever get caught in drug tests," Charles Yesalis says. "The elite athletes can hire top medical and scientific people to make sure nothing bad happens, and you can't catch them."

If the tests caught Floyd doping, it was a stupid mistake by his support crew. I don't consider that likely at this high level of cycling.
Posted by Hans Christian Schmid at 11:45 AM No comments:

A Piece of Landis

Outside magazine has a piece on Floyd Landis . He's definitely no Lance clone.

Excerpts below, You should really read it all. Dave Zabriskie and Floyd are quite the pair.

. . .
LANDIS ADORES logic. There is no easier way to infuriate him than to say or do something that does not make sense. We are in a Girona restaurant drinking beer and shooting the breeze with the Z-Man when I begin a sentence with the phrase "Of course, it could be worse . . ."

"What does that mean, really?" Landis wants to know. "Of course it could be worse. If you are alive—if you are standing up and have breath in your lungs to say those words—then, yes, I agree, you're definitely right, it could be worse."

Or later, when Z-Man mentions an athlete who spoke about "giving 110 percent."

"Well, why not 112 percent?" Landis inquires, eyes widening with burning incredulity. "Why not 500 percent or 1,300 percent or 38 billion percent? I mean, if he can crank it up beyond 100 percent, why not? What's stopping him, exactly?"

"Everybody wants to say, 'I couldn't win because of this or that,' " he says. "To my way of thinking, it doesn't matter if your goddamn head fell off or your legs exploded. If you didn't make it, you didn't make it. One excuse is as good as another."

via Kottke
Posted by Hans Christian Schmid at 2:00 PM No comments:

Test your cycling knowledge of recent evetns with the new Guessing Game, Kid Rock or Floyd Landis.
Posted by Hans Christian Schmid at 12:19 PM No comments:

A Bike for Seven 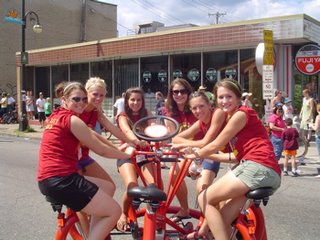 Wow. The Minneapolis updates keep coming. Today the girls were in a parade in Minneapolis. Kimmy and friends got to ride this conference bike. The bike is provided by Cycle Seven. You can rent one to tour the town.

On their ride to Minneapolis, my girls saw a dog with goggles. I wonder if they looked like these. Doggles are a real product.
Posted by Hans Christian Schmid at 10:44 AM No comments:

On the Road to Minneapolis 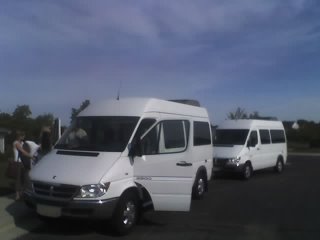 Thanks to Noel, you can see the white vans that are coming to take Becky and Kimmy, and another 19 or so high schoolers and volunteers, away to Minneapolis. Looks like an upgrade from last year.

When I was in college we made these trips in old school buses, complete with a storage and sleeping loft and bad brakes. How things change.
Posted by Hans Christian Schmid at 9:08 AM No comments:

The Proof is in your Shorts 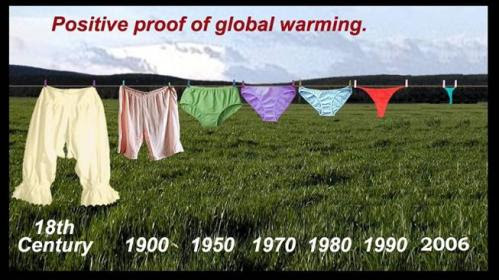 From the San Franciso Chronicle.
Posted by Hans Christian Schmid at 10:20 AM No comments: 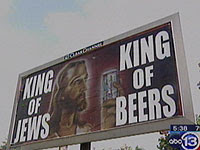 Jesus endorsing Beer? We all know he favors wine.
Posted by Hans Christian Schmid at 9:15 AM No comments: